Groin pain and limping are the most common manifestations of diseases of the hip joint.

Pain in certain positions associated with clicking or catching is due to FAI – Femoroacetabular impingement. A condition typically seen in young adults where the bones of the hip are abnormally shaped. Because they do not fit together perfectly, the hip bones rub against each other and cause damage to the joint. The hip joint is designed to withstand repeated motion and a fair amount of wear and tear. This ball-and-socket joint — the body’s largest — fits together in a way that allows for fluid movement. Whenever you use the hip (for example, by going for a run), a cushion of cartilage helps prevent friction as the hip bone moves in its socket. Despite its durability, the hip joint isn’t indestructible. With age and use, the cartilage can wear down or become damaged. Muscles and tendons in the hip can get overused. The hip bone itself can be fractured during a fall or other injury. Any of these conditions can lead to hip pain.

Inflammation of the lining of the hip joint is called synovitis. A patient with hip synovitis will experience symptoms which include difficulty walking with pain when moving the hip joint as well as at rest. Night pain is also a common sign of hip synovitis. Sometimes a fever may be present and pain can radiate into the knee joint.Treatment should be aimed at addressing the original cause or co-existing condition. NSAID or anti inflammatory medication may be prescribed along with physiotherapy to restore normal movement and function. Sometimes, it may need hip arthroscopy to confirm the diagnosis and to treat the condition.

Pain in certain positions associated with clicking or catching is due to FAI – Femoroacetabular impingement. A condition typically seen in young adults where the bones of the hip are abnormally shaped. Because they do not fit together perfectly, the hip bones rub against each other and cause damage to the joint.

Thus, it is a disorder caused by a lack of clearance between the head and neck of the femur (thigh bone) and the rim of the acetabulum. Due to this lack of clearance, when the hip is flexed, as in many common activities like running, sitting or bending over, the femur and the rim of the acetabulum rub together, causing significant pain in the joint. As a result of extensive contact between the femur and the acetabulum, the labrum may suffer damage, slowly degenerate, and may even cause arthritis in the hip over time. Hip impingement is more common in athletic men, and any athletic or strenuous activity may further aggravate pain in the groin area. Remaining in a stationary seated position for extended periods of time may also aggravate the condition. This condition can be treated by hip arthroscopy (key hole surgery) where the excessive bone is shaved away.  More about Hip Arthroscopy

The labrum is a layer of fibrous tissue covered in a synovial membrane that lines the rim of the socket in which the ball of the femur sits. This cartilage provides cushioning for the joint and keeps the femur in place. A tear in the labrum can result either from injury or degeneration due to impingement or other joint conditions. Labral tears can be painful and may cause symptoms such as locking or “catching” in the joint and pain in the hip or groin area. This condition can be treated by hip arthroscopy (key hole surgery) where the torn labrum is either repaired or is shaved away. More about Hip Arthroscopy

Articular cartilage is a layer of material in the hip joint that covers the surface of the femoral head and acetabulum, cushioning them and allowing them to move against each other without causing damage. This cartilage sometimes tears or becomes damaged, either from high impact sports like running or jumping, as a result of friction caused by hip impingement, or from basic wear and tear. When articular cartilage is damaged, the torn fragment often protrudes into the joint, causing pain when the hip is flexed. Also, the bone material beneath the surface no longer has protection from joint friction, which may eventually result in arthritis if left untreated. This condition can be treated by hip arthroscopy (key hole surgery) where the loose bodies are removed and the cartilage is shaved away.   More about Hip Arthroscopy

Snapping hip syndrome is characterised by a snapping sensation and an audible click upon flexion and extension of the hip joint. It usually develops as the result of an acute injury or overuse of the joint. Athletes are particularly at risk due to the repetitive hip flexion involved in sports such as ballet, football, resistance training, rowing, running and gymnastics. This can be treated by apropriate physiotherapy. In some cases surgery may be needed.

It starts with age or after injury. Complaints are pain, stiffness or a grinding sensation. For severe arthritis, we replace your hip to give excellent pain relief and improvement in function. Depending on your type of disease and age this is either cemented or uncemented total hip replacement (changing both ball and socket).  More about Hip Replacement 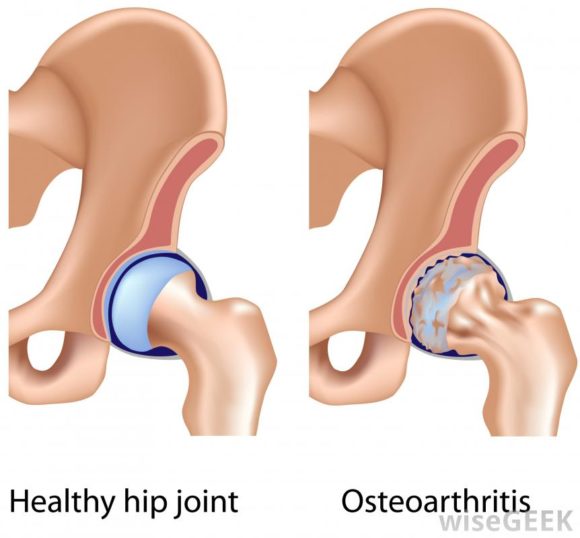 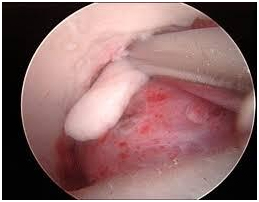 Loose bodies in the joint

Removal of loose bodies (small loose fragments of cartilage or bone) is a common reason physicians perform arthroscopic hip surgery. These loose bodies are often the result of trauma, such as a fall, car accident or a sports-related injury, or they may result from degenerative disease. Loose bodies can cause a “catching” in the joint.